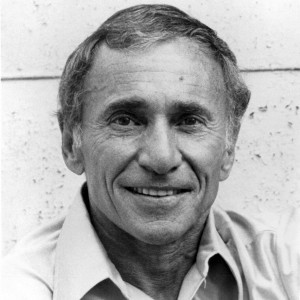 Arthur Laurents was born in New York City on July 14, 1917. He is one of the most successful authors and created musical plays such as West Side Story (1957), Gypsy (1959), Anyone Can Whistle (1964), Do I Hear A Waltz? (1965), Hallelujah Baby! (1967 Tony Award for Best Musical), and Nick&Nora (1991); and the screenplays for The Snake Pit (1948), Rope (1948), Caught (1949), Anastasia (1956), Bonjour Tristesse (1958), The Way We Were (1973), and The Turning Point for which he reveived a Golden Globe Award in 1977, a Screenwriters Guild Award, a Writers Guild of America Award and a National Board of Review Best Picture Award. The last two screenplays were novels as well. His plays include Claudia Lazlo, Home of the Brave, The Time of the Cukoo, A Clearing in the Woods, Invitation to a March, The Enclave, Scream, Two Lives, The Radical Mystique, My Good Name, and Jolson Sings Again.

He has also directed plays and musicals for the theatre among them I Can Get It For You Wholesale (1962), Invitation to a March (1960), Anyone Can Whistle (1964), The Enclave, The Madwoman of Central Park West (1979), Birds of Paradise, three revivals of Gypsy with Angela Lansbury in 1974, with Tyne Daly in 1989, with Patti LuPone in 2007 and La Cage Aux Folles, for which he was honored with a Tony Award for Best Director of a Musical in 1984 and a Sydney Drama Critics Award for Directing in 1985. In 2009, Laurents directed the Broadway revival of West Side Story in New York. He has also written radio episodes for Hollywood Playhouse, Assignment Home, which received a Variety Radio Award in 1945, The Thin Man, Army Service Force Presents, The Man Behind the Gun, and This is Your FBI.

He has been honored with awards from many organizations, among them the National Institute of Arts and Letters, Writers Guild of America, Antoinette Perry (Tonys), Golden Globe, Drama Desk, National Board of Review and the Sydney Drama Critics. He was a member of the Theatre Hall of Fame, P.E.N., the Screenwriters Guild, the Motion Picture Academy of Arts and Sciences and is an emeritus member of the Council of the Dramatist Guild.

Arthur Laurents died on May 5, 2011 in his hometown New York.