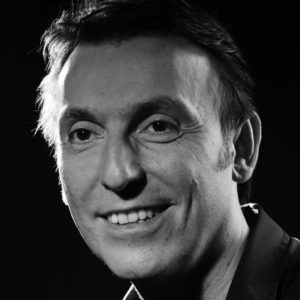 A native of Paris with more than 250 productions to his credit, Fabrice Kebour is known as one of Europe’s leading lighting designer. His career began in New York where he won entry to the United Scenic Artists internship program which allowed him to work with some of the leading American lighting designers of the day, both Off and On Broadway.

After 5 years in New York gaining multiple experience, Fabrice Kebour returned to paris and became the associate lighting designer of the Cameron Mackintosh productions LES MISÉRABLES which he designed in Madrid, Dublin, Edinburgh, Singapore, Duisbourg and Hong Kong, as well as MISS SAIGON in Stuttgart and Scheveningen.

Since 2007, he has been designing most of David Pountney’s productions amongst which LA FORZA DEL DESTINO for the Wiener Staatsoper, DIE ZAUBERFLÖTE for the Bregenzer Festspiele, Philip Glass’ world premiere, SPUREN DER VERIRRTEN for the Landestheater Linz and the Ring Cycle presented at the Lyric Opera of Chicago.

His design credits also include BONHEUR for the Lido de Paris, CARMEN LA CUBANA, a world premiere musical directed by Christopher Renshaw produced by BB Promotion, as well as the 2006 the opening and closing olympic ceremonies of the Asian Games in Doha.

Fabrice co-founded the french lighting designer’s association Union des Créateurs Lumière in 2009 for which he held the president position until 2012. In 2011, the Prague Quadrennial invited him to be part of the Light Speaks exhibit which displayed the work of the world’s leading lighting designers.