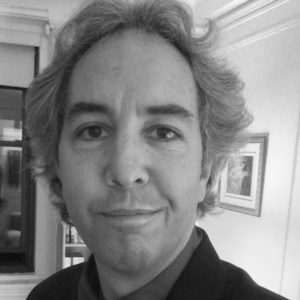 For 10 seasons, Mr. Sturiale led the orchestra for the annual Christmas Spectacular at Radio City Music Hall and conducted its original cast album for Sony Records. He was associate conductor for the NY Philharmonic’s presentations of CANDIDE, SWEENEY TODD and COMPANY. On Broadway, he has conducted JOSEPH AND THE AMAZING TECHNICOLOR DREAMCOAT, DREAM and wrote and arranged music for THE LITTLE PRINCE AND THE AVIATOR.

He was musical director for the Off-Broadway revivals of THE ROTHSCHILDS and JUNO, the national tours of BLOOD BROTHERS and THE MUSIC OF ANDREW LLOYD WEBBER, a North American tour of the new musical DURANTE (starring Lonny Price) and a European tour of EVITA.

As a composer, Mr. Sturiale garnered an Outer Critic’s Circle Award nomination for his score for the Off-Broadway musical OLYMPUS ON MY MIND and conducted its New York run and original cast album. He is the recipient of the Theater For The American Musical Award for his musical UNDER FIRE (written with Barry Harman) presented at The New York Musical Theater Festival in 2009.

His musical, KIKI BABY, written with Ellen Fitzhugh and Lonny Price, was presented at the Eugene O’Neill Festival in 2006 and by Primary Stages in NY in 2007. He has written music for ABC TV’s ONE LIFE TO LIVE and arranged and conducted music for ALL MY CHILDREN.

An evening of his work as a composer was presented in the Bruno Walter Auditorium at Lincoln Center, produced by Arts And Artists At St. Paul.

He has conducted for Petula Clark around the world and played the piano for many other luminaries, from Gloria Gaynor to Sergio Franchi to Patti LuPone.

He is a grant recipient from the National Endowment For The Arts and has won numerous ASCAP awards.