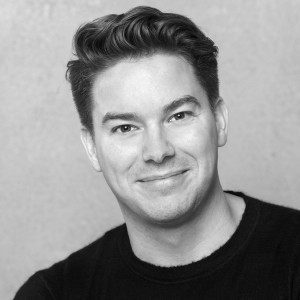 Martin Flohr has been passionate about music and theatre all his life. While studying economics at university, he gained experience in show business by working on Broadway in New York, in London’s West End, and by travelling all over Europe and Asia as tour manager for STOMP.

In 2006, he joined BB Promotion. As Head of Project & Booking he was responsible for BB Promotion’s own productions, including West Side Story and Richard O’Brien’s Rocky Horror Show, and for international touring productions including Cats, Evita, Porgy & Bess, Disney’s Beauty and the Beast and Tanguera. Due to his special talent for combining creative and organisational processes, he became the company’s Artistic Director in 2014. He bears artistic responsibility for all in-house productions and has executive-produced Richard O’Brien’s Rocky Horror Show, West Side Story and We Will Rock You. He also successfully brought Bodyguard – The Musical and Carmen la Cubana to Germany for their German premieres. By creating the concept of BERLIN BERLIN, he is fulfilling his long-held dream of bringing his favourite era to the stage in a great 1920s show.