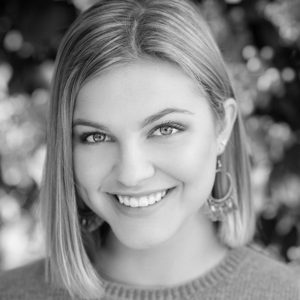 From Sydney, Tash has trained since she was three in all dance styles, singing and acting at the Australian Performing Arts College (APAC).

Tash has performed in Peter Combes’ production Bellyflop on a Pizza and played the role of Stephanie in a two-man version of Lazy Town. Natasha is ecstatic to be making her musical theatre  debut in this production of West Side Story.