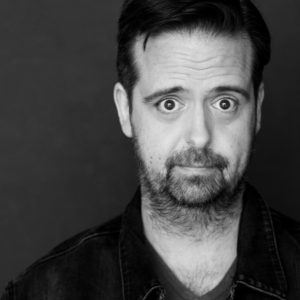 Erik Gratton graduated with a Master of Fine Arts from Hilberry Repertory Theatre. He has a longstanding history performing with stages in New York and Los Angeles, among them as Sylvestre in SCAPIN and Cloten in CYMBELINE (NY Classical Theatre in Central Park), Rosalind in AS YOU LIKE IT (directed by Moritz von Stuelpnagel), and Vice Principal Panch in THE 25TH ANNUAL PUTNAM COUNTY SPELLING BEE, but he’s probably best known for playing Buddy the Elf in ELF THE MUSICAL (Theater at Madison Square Garden). His other theatre credits include the lead roles in THE FOREIGNER (directed by Brian Yorkey), SHREK, HAMLET, and as New Yorks former governor Andrew Cuomo in A TURTLE ON A FENCE POST. His TV credentials include him playing a comedy writer on The Marvelous Mrs. Maisel, a beaver on Grimm and the world’s worst drama teacher on Unbreakable Kimmy Schmidt.