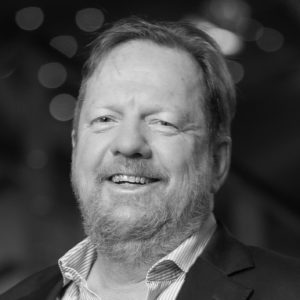 It takes a certain amount of courage to complete a degree in Business Administration and then to leave seeking a long-term adventure. The fact that Ralf Kokemüller took over the management of two hotels on the Venezuelan Isla Margarita in the Caribbean testifies not only to his curiosity to discover new things and his substantial desire for adventure; the fact that he tackled his tasks under difficult conditions over a long period demonstrates his professionalism.

The greatest adventure for Ralf Kokemüller began after his return to Germany: his interest in what brings people together in enthusiastic crowds, whether football, rock concerts or stage shows, spurred him to take the opportunity to join BB Promotion (forerunners of today’s BB Group) in 1995.

Through his close collaboration with the group founder, Michael Brenner, who appointed him as Managing Director after a year, BB Group became one of the most successful live entertainment agencies in Germany and Europe, and the two men’s business acquaintance flourished into a strong friendship which turned into an obligation for Ralf Kokemüller following Michael Brenner’s tragic death.

As CEO of the BB Group, Ralf Kokemüller, upholds the BB Group’s maxim to discover new and fascinating shows and artists and to realise the high-quality shows with great passion. The productions and co-productions, whose realisation he has been able to celebrate in German-speaking countries, include spectacular show experiences, such as THRILLER – LIVE, Irish Celtic or Soy de Cuba, as well as stage performances and dance productions like Traces or the world-famous Béjart Ballet Lausanne. Added to this are musicals such as the English-language production of Disney’s The Lion King. His latest success is the German original production of  BODYGUARD – DAS MUSICAL which premiered in the Musical Dome Cologne in November 2015. Beforehand he had already been involved in the original production of the musical in London’s West End by British producers Michael Harrison and David Ian. In April 2016 he recorded another big success in Paris with the Cuban musical Carmen la Cubana, co-produced with the renowned Théâtre du Châtelet.

Successes like these are not just an expression of Ralf Kokemüller’s passion for first class stage events, they are also a powerful confirmation of his understanding of live entertainment as a “people’s business”, as a business area in which – looking beyond the solid contractual and financial management – personal contact and mutual trust are absolutely essential and indispensable conditions for long-term collaboration.

This understanding of the human factor allows Ralf Kokemüller to lead an increasing number of highly competent and passionately committed staff, the most important capital of BB Group alongside a long tradition with a portfolio of high-quality productions and an extensive international network of artists and producers all over the world.

Innovative projects, such as the cuban productions Ballet Revolución or the recent adaptation of the original CATS show as a theater tent production in German language, which could extend the Group’s portfolio into new areas, all testify to Ralf’s undiminished desire to try out new things.