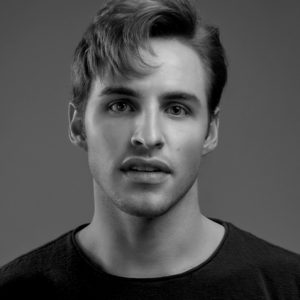 Jadon began his studies at Utah Tech University as a music major with an emphasis in Vocal Performance. He has been studying voice privately since he was 16 years old, is an accomplished pianist, and is utterly elated to be making his World Tour Debut in West Side Story.
Regional credits include: Albert in THE COUNT OF MONTE CRISTO (Tuacahn), Ensemble/Beast U/S in BEAUTY & THE BEAST (Tuacahn), Ensemble in SCHOOL OF ROCK (Tuacahn), Swing in ANNIE (Tuacahn), Swing/Monty U/S in A GENTLEMAN’S GUIDE TO LOVE & MURDER (Tuacahn), Anthony in SWEENEY TODD (Utah Repertory Theatre), Black Stache in PETER & THE STARCATCHER (Utah Tech University), Jimmy Ray in BRIGHT STAR (HCTO). Much love!