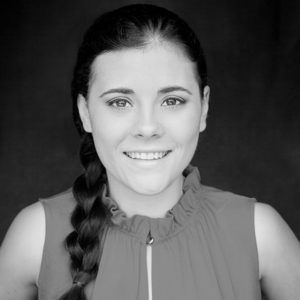 Hailing from regional Queensland, Sophie has performed numerous leading roles with community theatre companies over the past ten years, including Christine in The Phantom of the Opera and Cosette in Les Misérables for the Ipswich Musical Theatre Company. Other highlights include Opera Queensland’s Project Puccini La Boheme production in 2014 and most recently she played the role of Mabel in the Toowoomba Empire Theatre’s production of The Pirates of Penzance.

A graduate of Pacific Opera’s 2018 Young Artist Program, Sophie made her Sydney Opera House debut with Pacific Opera earlier in the year. She also relished the opportunity to perform solo in Pacific Opera’s A Mother’s Day Concert at the Independent Theatre.

Sophie made her stage debut as Consuelo and understudying the role of Maria in a community production of West Side Story in 2008, so it is only fitting she will make her professional theatre debut in the leading role of Maria.